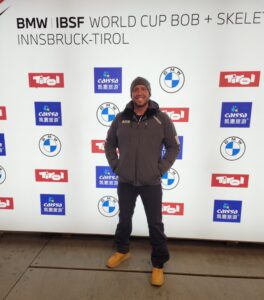 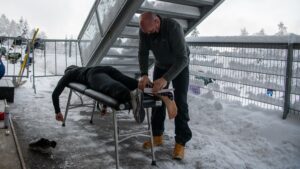 “After nearly a decade working on the IBSF Bobsleigh and Skeleton circuit, mostly with Team USA, I have had the opportunity to become friends with so many good people in the Bobsleigh Skeleton community,” commented the clearly passionate Dr. Wilhelm. “It was through this that I had the opportunity to meet Australian World Cup athletes Bree Walker and Jackie Narracott. These two advocated for my services and for me to be part of their journey this Olympic season. I am grateful and excited to be working with such kind, talented and motivated athletes!”

His combination of knowledge, skill, and remarkably positive personality has made him a favorite with both athletes and patients.

Kiara Reddingius of Team Australia Bobsleigh, remarked about his work, “Jon is fantastic, he is committed to finding unique solutions in his long repertoire of tricks that fit you and your body well. He is always a joy to be around and is dedicated to his craft to ensure every one of his clients is looked after.”

For more information, be sure to visit https://prochiromt.com.
###